written by Valerie, Mom Knows It All
49 comments
FacebookTwitterPinterestEmail

The product(s) featured in this review was provided free of cost to me in order to facilitate this post. This post has not been monetarily compensated and is based on the views and opinions of my family and/or self. Please note that the opinions reflected in this post have not been influenced by the sponsor in any way
Summer is here! Just because school is out doesn’t mean learning has to stop or should stop. There’s no rule saying learning can’t be fun. The folks at NCircle Entertainment, whose mission is to provide “Education that Educates,” have generously offered to sponsor a giveaway for a collection of ten enriching DVDs that will be sure to have your young kids both entertained and inspired!
My son absolutely loves The Wiggles, and was so excited to see The Wiggles: Hot Potatoes! The Best of the Wiggles in the giant pile of DVDs. He also really enjoys the Octonauts, of which there were two DVDs! My nephew loves Mike The knight, and I know he’ll be delighted to watch that. We’re still making our way though the DVDs, so here’s a complete listing. 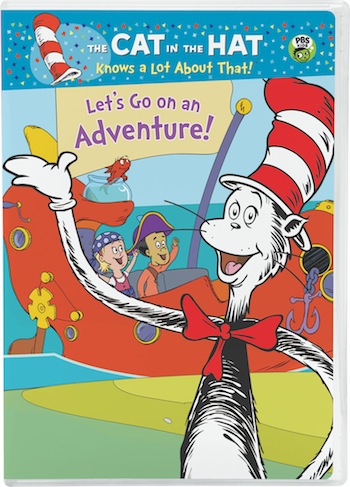 The Cat in the Hat Knows a Lot About That: Let’s Go on an Adventure

When the Cat eats the last chocolate, Nick and Sally must fly to Coco-a-licious to restock their supply. But princess Lotta-Chocka’s helpers are away. Join the Cat and the kids as they make chocolate today! 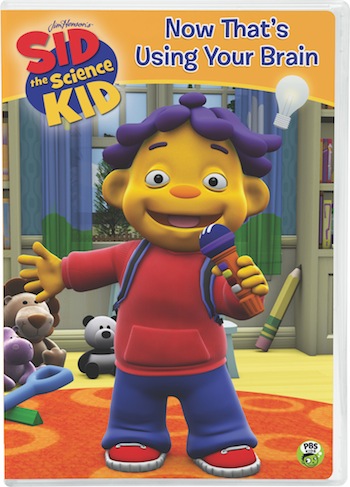 When Sid figures out a new way to get ready for school super-fast, Mom says to him, Now that s using your brain! Sid wants to know what that means and discovers that the brain controls all kinds of actions like walking, thinking, breathing and getting ready for school! 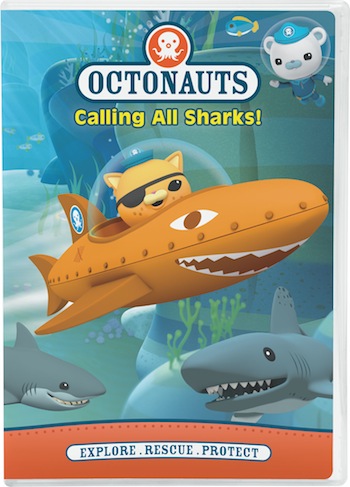 Dive into adventures with your favorite underwater explorers, the Octonauts! Join brave Captain Barnacles, daredevil ex-pirate Kwazii, and medic Peso Penguin, along with other Octonauts as they explore the world s oceans, rescue the creatures who live there, and protect their habitats above and below the waves! On this exciting DVD, join the Octonauts aboard the Octopod as they come face to face with a trio of pesky Cookiecutter Sharks, look after an injured Lemon Shark and stop a Whitetip Shark who is chasing the Gup-A! 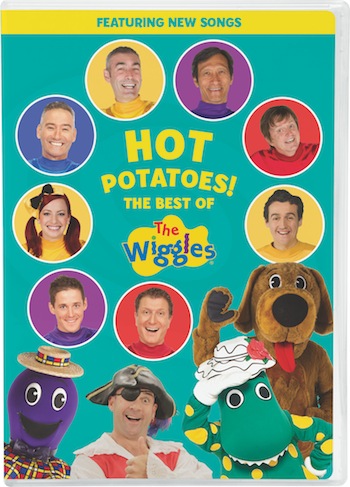 The Wiggles: Hot Potatoes! The Best of the Wiggles

Sing and dance with the Wiggles as they perform their most loved songs in Hot Potatoes! The Best of the Wiggles! The Wiggles have drawn millions of people over the years to see their live concerts, setting records for their sold out performances everywhere from Madison Square Garden in New York to the Hammersmith Apollo in London. Sing your favorite songs with the original foursome and then more recent hits with the brand new Wiggles cast! So get up and get ready to wiggle!! 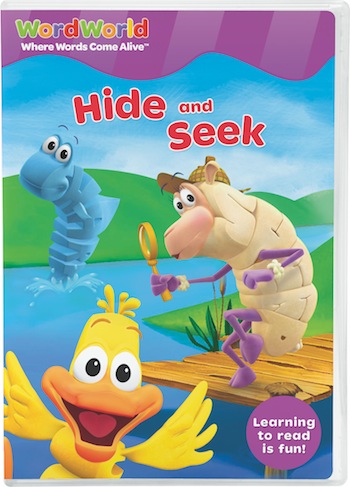 Join the WordFriends and play a game of Hide and Seek! In this special game, the friends have to hide behind WordThings that end in “ake.” BUG builds a RAKE, and PIG builds a CAKE. But SHARK is so big that it s hard for him to find a good hiding place. 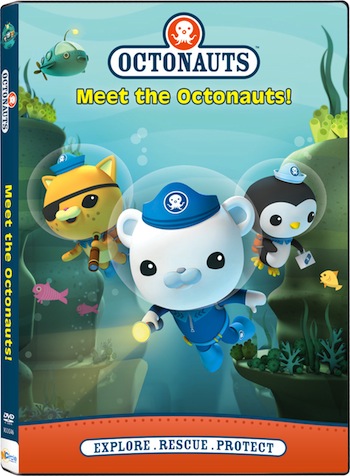 Dive into adventure with your favorite underwater explorers, the Octonauts! Join brave Captain Barnacles, daredevil ex-pirate cat, Kwazii, and medic Peso Penguin, along with the rest of the crew as they explore the world’s oceans, rescue the creatures who live there, and protect their habitats – above and below the waves! On this exciting DVD, Captain Barnacles must figure out how to free an old friend who is trapped beneath the ice, Kwazii tries to rescue a reef full of creatures before an undersea storm strikes, and Peso must help a school of frightened fish who have invaded the Octopod! 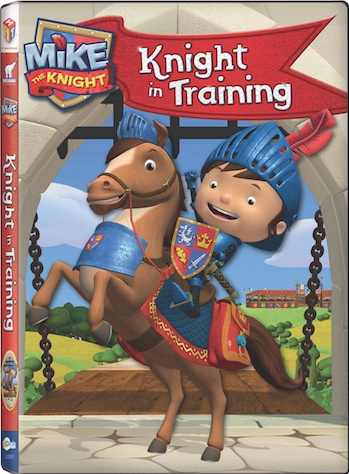 Mike the Knight: Knight in Training

Join Mike on his adventure to serve and protect the Kingdom of Glendragon! Mike is a knight-in-training who has some very knightly missions to complete. Whether it’s finding the perfect birthday surprise for his sister Evie, or helping others find their way back home, every day is an adventure with Mike and his merry band of friends. 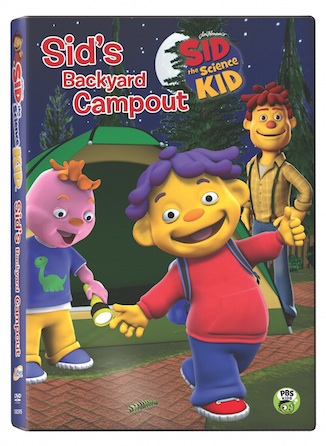 Pack some food and bring your backpack because Sid, Gerald, and Dad are gearing up for a big adventure! They’re setting up tents for a campout in the backyard! Dad is eager to share his love of nature and demonstrates how to have a great time outside with the simplest of necessities. They look for animals, cook their own dinner, marvel at the stars in the sky, roast marshmallows, and sing songs around the campfire. Join the adventure and sing along! 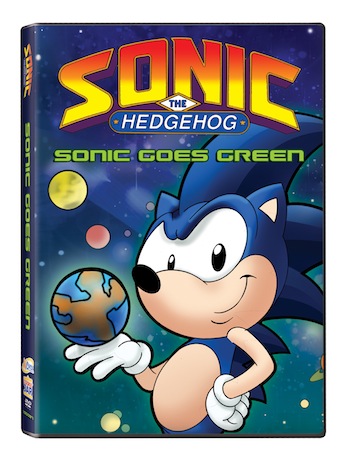 Heads or Tails – Sonic reluctantly takes Tails with him to the Big City to find some cotter pins for The Freedom Fighters catapults. While in the City*Sonic is nearly eaten alive by his old dog Muttski*now robotisized guard dog in the Junk Heaps. After a harrowing chase*Sonic and Tails return to Knothole and reveal Robotnik’s plan to the other Freedom Fighters. They come up with a daring plan to stop Robotnik’s defoliating scheme that involves Sonic’s speed and the catapults. Sonic’s Nightmare – When Sally uncovers Robotnik’s plan to seed the cloud with toxic rain*they attempt a daring mission to sabotage the craft being transported by land vehicles. Mission fails when Sally*Bunnie and Antoine are captured and taken to an oil refinery island in the Great River. It’s up to Sonic to not only sabotage Robotnik’s cloud-seeding*but rescue his friends as the island literally sinks beneath their feet. Sub-Sonic Robotnik – severely upsets the ecosystem above and below the surface. After being swept into an underground world by a whirlpool*Sonic*Sally*Antoine and robot discover a strange creature who claims he is the last of a people who have been destroyed by surface creatures and blames the Freedom Fighters for his plight. Sonic Past Cool – Tails brings a new friend home to Knothole — a baby Terra-Pod who has strayed from the herd*which is currently migrating. Things get dicey when the herd decides to head into the mysterious unchartered Great Jungle*where few who have entered ever returned. Sonic foils Robotnik’s attempts to capture Baby-T’s mother*rescues all The Freedom Fighters and terra-pods from an imprisoning force field and survives the dangerous plant life of the Great Jungle. 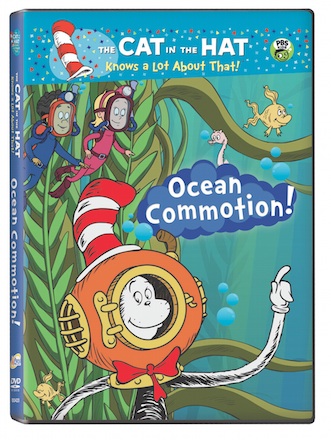 The Cat in the Hat Knows a Lot About That: Ocean Commotion 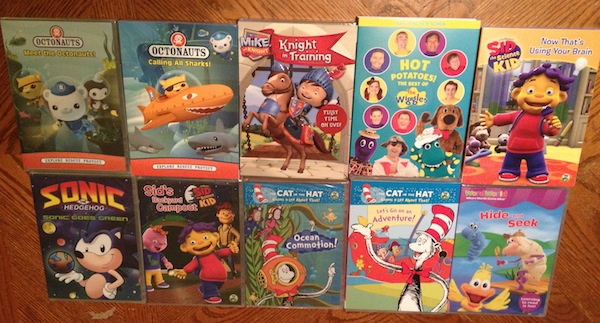 One (1) winner will receive a prize pack from NCircle Entertainment valued at $100 containing the following 10 DVDs:

Enter using the Giveaway Tools widget below. The winner will be selected by the Giveaway Tools widget. If you’ve entered any of my giveaways before then you know that you must complete the mandatory required entry, and that only comments containing all of the requested information will be eligible for entry. US addresses only please, no PO Boxes. Good luck to everyone!

How To Wear Gladiator Boots In The Summer

My son really like octonauts!– I think he’d like the Calling all sharks , here come the octonauts and Meet the Octonauts DVD =)

The Gruffalo is a favorite.
Thank you!

No question about it …The Gruffalo and The Gruffalo’s Child. Loved the books…loved the movies.

M y 5 year old loves The Cat in the Hat knows a lot about Christmas, still his favorite and he plays the songs over and over.

I visited the website and my grandsons already own The Wiggles – Taking Off! DVD and love it!

Neat movie treats for the young and their families.

Octonauts is their fave

My kids are really into the Octonauts right now.

My daughter watches the Octonauts.

My son would love these

Octonauts calling all sharks is my fave

This would be for my niece so I am not sure, but I know that she enjoys Mike the Knight! Thank you for the chance.

My son’s favorite would be Sonic or Super Mario!

Octonauts Calling All Sharks would be my daughter’s favorite.

Sid the science kid is our FAVORITE!! Thanks for the giveaway!

They have a great selection. I like the Word World: Hide and Seek DVD.

my grandsons love anything Mike the Knight.

My daughter is a huge fan of Word World.

Room on the broom!

My sons favorites right now are Dino Dan and Octonauts.

Octonauts are my grandsons favorites

I know my son would say Sonic the Hedgehog is his favorite. Sid the Science kid dvds would be my daughter’s favorite.

My kids fav is Octonauts ! Lots of great choices, sure they;d love them all!

he loves Mike the Night

My son loves the Mike the Knight: Meet Mike dvd.

she loves the Octonauts! she really cant get enough of them ;D

The Wiggles – Taking Off!