What can I say about The Peanut Butter Falcon? A lot. If you’ve read Mom Knows It All for a while then you know I have a 20-year old son with Down syndrome. That put this movie on the top of my lit of movies to watch. As soon as I got the chance, I headed to the local movie theater with my 23-year old. I laughed. I cried. I came out of there wanting to see the movie again immediately. Since it’s become one of my favorite movies.  This movie is a feel good movie. It gives a quick view into some of the things people with Down syndrome face in society. It gives us something we don’t see often, a person with Down syndrome in a leading role in a film. The movie is definitely a feel-good movie. The bond between Zack Gottsagen and Shia LaBeouf seems so natural, as does the passion in his voice at certain points of the movie. This movie would be a great gift for anyone who enjoys a plain-old feel-good movie. 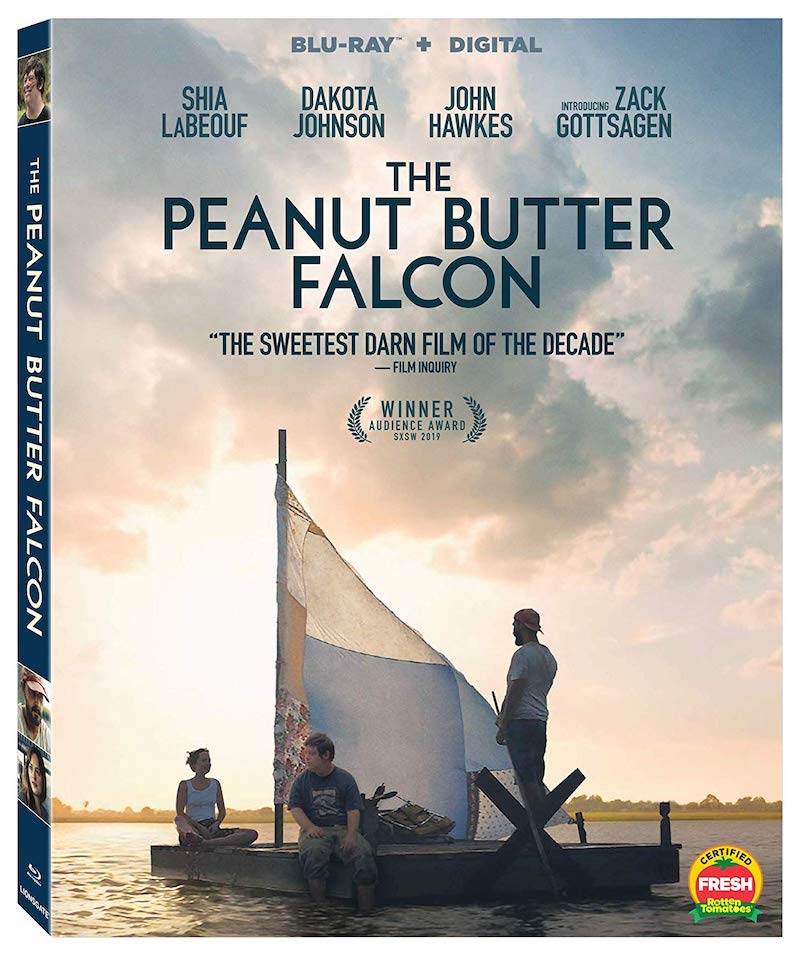 A modern Mark Twain style adventure story, THE PEANUT BUTTER FALCON tells the story of Zak (Gottsagen), a young man with Down syndrome, who runs away from a residential nursing home to follow his dream of attending the professional wrestling school of his idol, The Salt Water Redneck (Thomas Haden Church). A strange turn of events pairs him on the road with Tyler (LaBeouf), a small time outlaw on the run, who becomes Zak’s unlikely coach and ally. Together they wind through deltas, elude capture, drink whisky, find God, catch fish, and convince Eleanor (Johnson), a kind nursing home employee charged with Zak’s return, to join them on their journey.