2019 HOLIDAY GIFT GUIDE – Race With Ryan For Nintendo Switch, Xbox One And Playstation 4 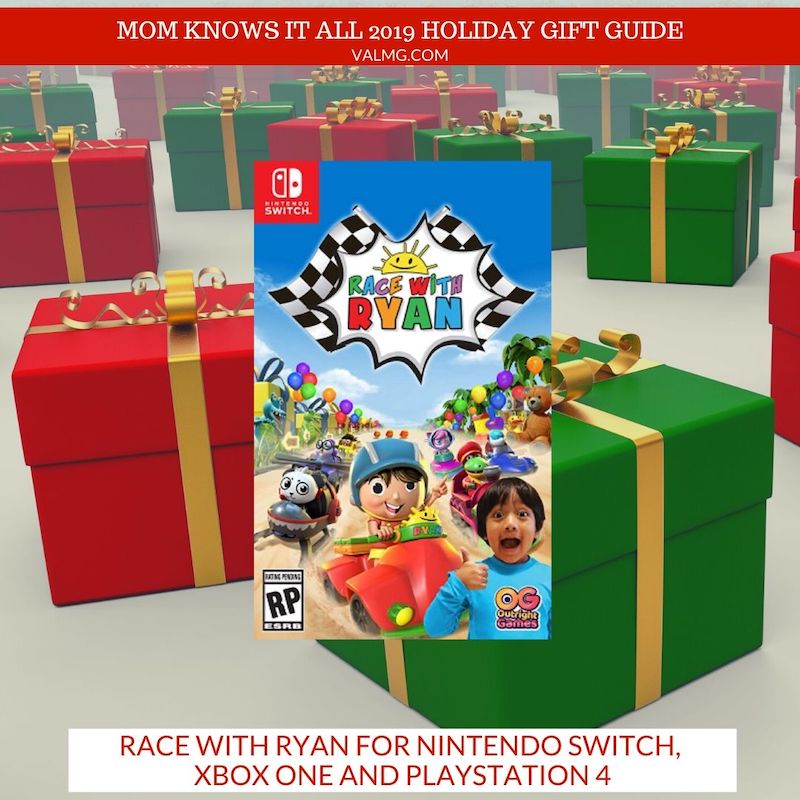 Sometimes it can be challenging finding just the right video game for a child. When it comes to games for my son I can almost never go by the recommended age range on a game, I have to go by the content and gameplay itself. Race with Ryan is rated E for everyone, which generally means that’s a good place to start for me. I was first introduced to the character of Ryan about a year ago, when I saw my nephew playing an app on his iPad. He loved that app and liked the character. Race With Ryan is a good gift idea for any child that is already familiar with the character of Ryan, as well as children like my son that need colorful and fun games to hold their interest but don’t require lots of reading. 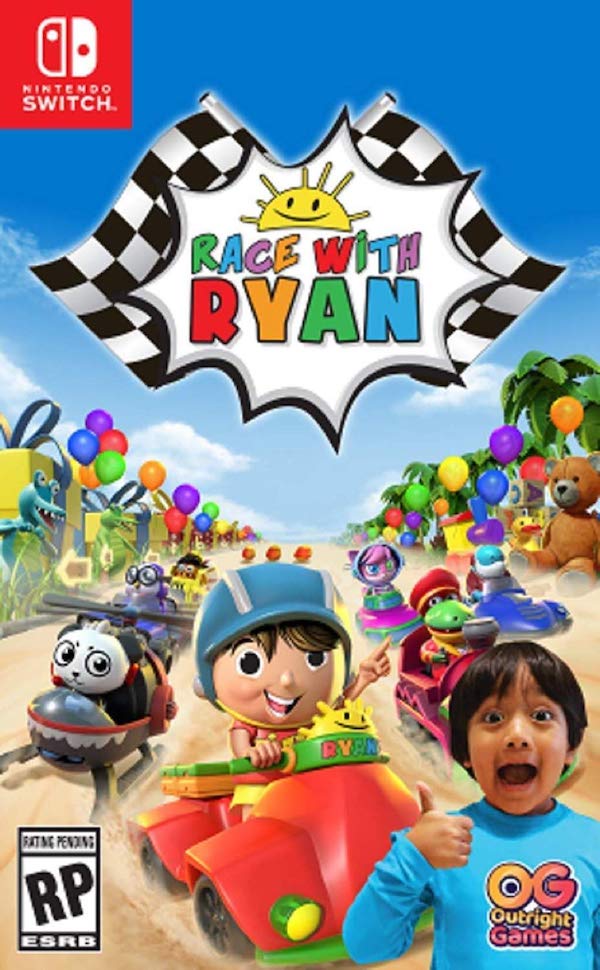 Take the wheel as Ryan and all your favorite Ryan’s World friends!

Ryan’s World has come to life, and it’s every bit as colorful, fun and fast as you imagined. So pick a racer, head to one of six magical locations, and step on the gas to show your friends and family who the fastest racer really is. 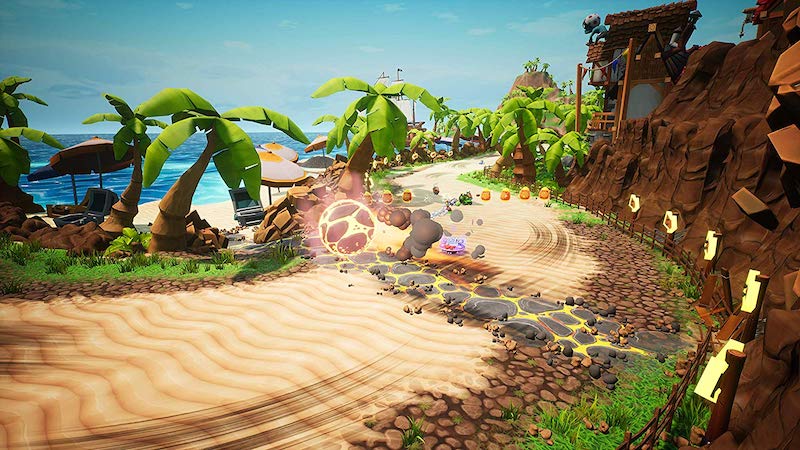 This is no ordinary championship! Ryan’s famous Mystery Eggs are scattered across each track, and they’re full of surprises that help you power through the pack – like Burger Shields, Sticky Slime, Trick Surprise Eggs and many more. A huge cast of Ryan’s World characters are here to race, including Policeman Ryan in his Patrol Car, Red Titan, Gus the Gummy Gator, Pirate Combo Panda, plus many more you’ll unlock as you race your way to the top. From the miniature toy world of Fantasy Park, to the pirate kingdom of Treasure Island and beyond, each world is full of secret pathways, slippery slides and kids’ imagination! 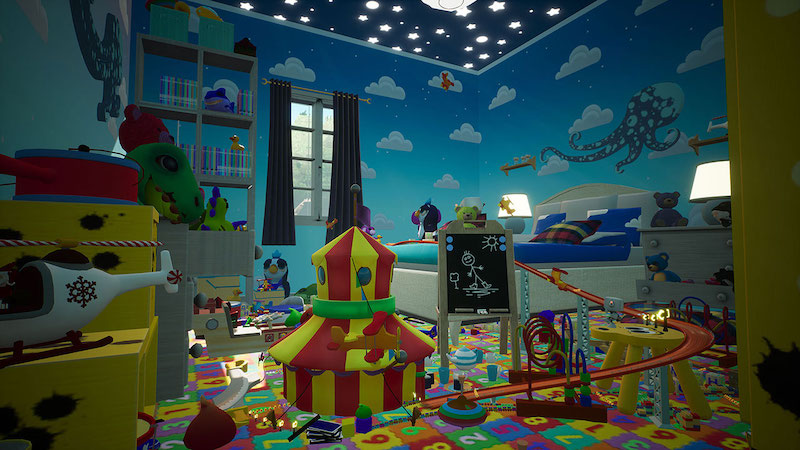 With simple controls, optional auto-acceleration and a tutorial to guide younger players through their first video game, drivers of all ages will love to Race with Ryan. Race your way to the top in Career Mode or speed past your friends in 2 – 4 players split-screen races, the fun keeps coming. Will you be first across the finish line? 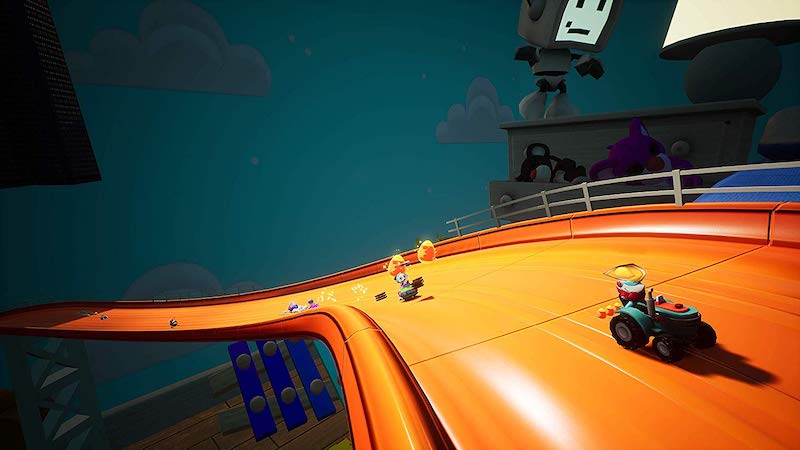 Race With Ryan™  is the first-ever console game based on the massively popular global kids’ brand ‘Ryan’s World’™. Kids and families can race to victory across multiple, magical worlds as Ryan and his friends including Moe, Gus, Alpha Lexa and more. The game also features a four-player-split-screen to race with friends in multiplayer mode.

“We are delighted to be a part of today’s launch of the first ever ‘Ryan’s World’ console video game, working with one of the biggest YouTube creators in the world, to create something that has never been seen before,” said Terry Malham, CEO of Outright Games. “Race With Ryan is the embodiment of family friendly gaming that we here at Outright Games are proud to create every day. It’s colourful, hilarious fun with friends and family and brings one of the world’s biggest kids’ entertainment franchises to a must-play interactive experience for a brand-new audience.”

“From the start, we’ve seen an overwhelming amount of success from our titles, and P.W Games is excited to partner with Outright Games and Sunlight Entertainment to bring ‘Race With Ryan’ to console and PC’s everywhere,” said Greg Hayes, VP of Games & Publishing, pocket.watch. “We see a genuine connection between gaming and families, and when you add a trusted brand like ‘Ryan’s World’ into the mix, it creates a shared, authentic experience that can be enjoyed by all.”

“We had so much fun as a family when helping to create this game,” said Ryan’s father, Shion Kaji. “Players will see and hear Ryan and the beloved characters from Ryan’s World as they experience the exciting race gameplay in different magical lands.” 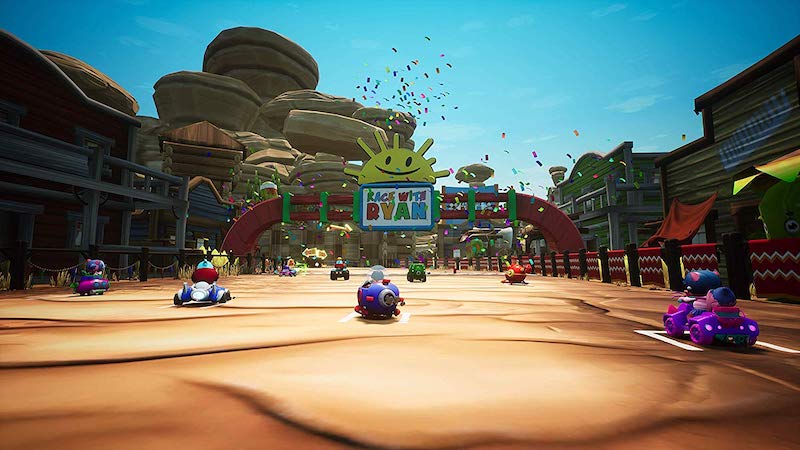 Race With Ryan is now available for play on Nintendo Switch, Xbox One and Playstation 4.

Other retailers available at www.outrightgames.com/racewithryan