2019 HOLIDAY GIFT GUIDE – The Hadley Academy for the Improbably Gifted: A Novel

Have a teenager and not sure what to get him for the holidays but don’t want to buy another electronic gadget? The Hadley Academy For The Improbably Gifted is a new book that would make a great gift for kids ages 10 and older. If you enjoyed The Hunger Games, The Chronicles of Narnia, and Divergent this fantasy debut is sure to entertain. 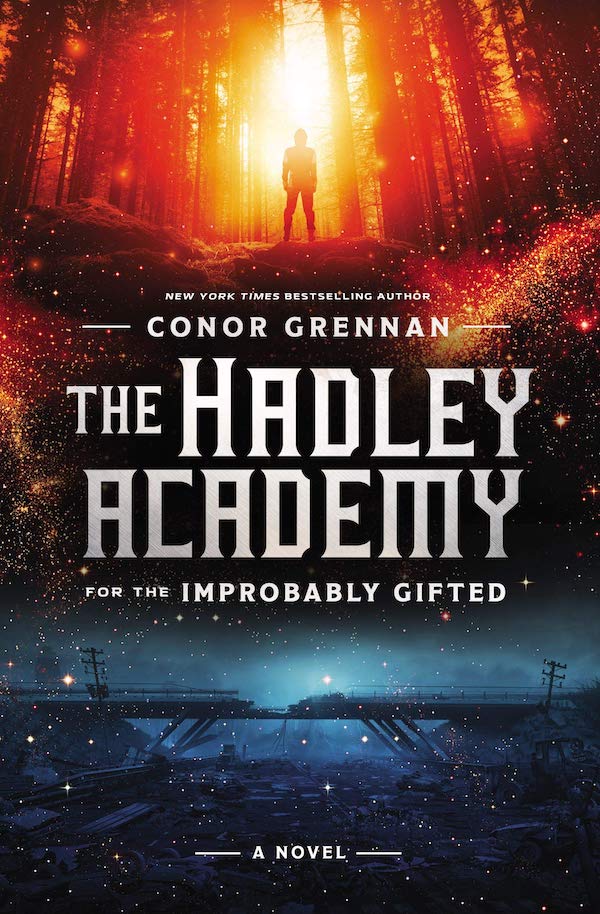 The Hadley Academy for the Improbably Gifted: A Novel

Young readers will find action, suspense, and a perilous battle between good and evil in The Hadley Academy for the Improbably Gifted from New York Times bestselling author Conor Grennan. For ages 10 and up, this dystopian fantasy novel follows a boy’s unlikely journey to save humanity as he unravels his true identity and the responsibility it comes with.

Jack Carlson is dreading a class presentation when he suddenly finds himself transported to the Hadley Academy, a secret institution that tracks teens with unlikely gifts and trains them to protect the world from an unseen squad of killers. But Jack isn’t the only one who doesn’t know what he’s doing at Hadley. Despite indications that he is the one prophesied to end the ancient Reaper War, Jack appears to have no extraordinary abilities.

So when dark, mysterious forces grow, Hadley is in a confused panic. Much to everyone’s dismay, humanity seems to depend on Jack and his new teammates. Can Hadley’s rawest recruits push past personal struggles and enormous doubts, develop their dormant powers, and stop the spreading evil? And are they willing to commit to Hadley’s motto, “One Life for Many,” and make the ultimate sacrifice? The Hadley Academy for the Improbably Gifted might be just the place for Jack after all.

This action-packed novel will captivate readers with its riveting plot, relatable characters, humorous dialogue, and dynamic illustrations. Fans of the Hunger Games, the Chronicles of Narnia, Divergent, Maze Runner, and Rick Riordan’s books will find themselves at home in the battle for good at the Hadley Academy.

Conor Grennan is the author of the New York Times bestselling and #1 international bestselling memoir Little Princes: One Man’s Promise to Bring Home the Lost Children of Nepal. The memoir shares Grennan’s humanitarian work as the founder of Next Generation Nepal (NGN), a nonprofit organization dedicated to reconnecting trafficked children with their families in Nepal. Little Princes has been shortlisted for the Dayton Literary Peace Prize, was the winner of the GoodReads 2011 Best Travel and Outdoors Award, and has been translated into 15 languages. Following publication, Grennan spoke about the book across North America and particularly enjoyed sharing his story with young people at secondary schools and colleges. For his work with the trafficked children of Nepal, Grennan was recognized by The Huffington Post as a 2011 Game Changer of the Year. In 2014, he was also named a recipient of the Unsung Heroes of Compassion, which was awarded to him by the Dalai Lama. Grennan is the dean of MBA students at the NYU Stern School of Business. Currently he resides in New Canaan, Connecticut, with his wife, Liz, and his two children, Finn and Lucy.

You can learn more about this book and others on the Thomas Nelson website. You can keep up with Thomas Nelson on social media, on Facebook and Twitter.

My daughter loves to read!! So, thank you for the suggestion! I am sure she’d love it!

This looks like a book my nephew would enjoy! Going on the list for his upcoming birthday!

This looks like something my oldest would be into. Can’t wait to tell her about it!

LOVE having new book ideas to buy for younger family members! Thank you!

Great idea! This book sounds like a great gift idea for my son!