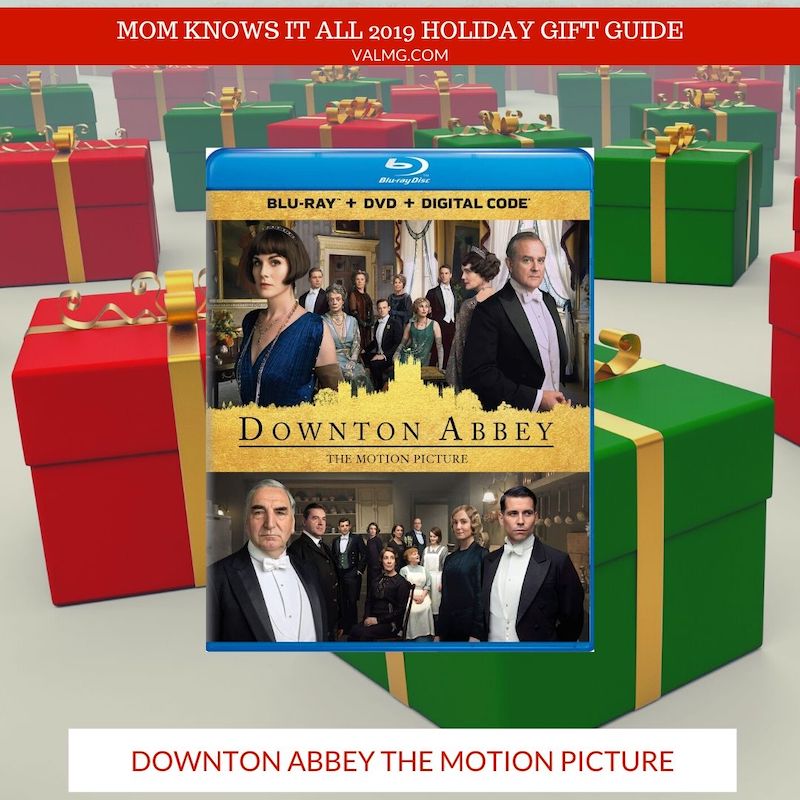 I’ve heard a lot of people mention the series Downton Abbey. When I had my first foot surgery earlier this year and asked friends on social media what shows I should stream, Downton Abbey was one of the top suggestions. Not long after that the movie Downton Abbey The Motion Picture was released. I have heard good feedback on the movie, people loved seeing all of the same characters and felt it picked up right where they left off. I am putting off watching the movie until I finish the series, as I’m one of those people that needs all of the back story and context. Downton Abbey The Motion Picture would be a great gift for any fan of the series. 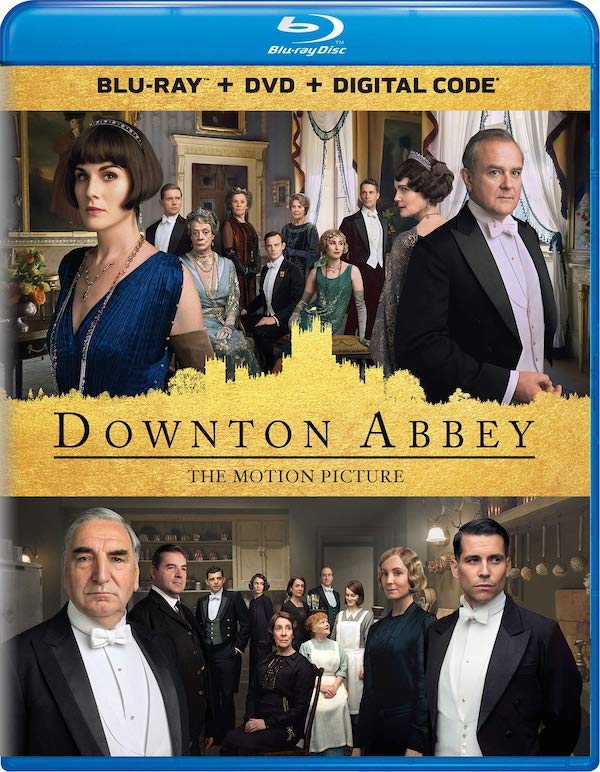 Based on Carnival Films’ Emmy® award-winning television series, the feature DOWNTON ABBEY sees the original cast return, alongside a host of newcomers. The incredible ensemble cast been applauded by critics as “funny and charming as ever” (Caroline Siede, The A.V. Club). The film chronicles the Crawley family one year after the conclusion of the series, as they prepare for the most important moment of their lives: an impending visit from the Royal Family. Join the glitz, glamour and spectacle as the special visit unleashes scandal, romance and intrigue on the fan-favorite family and its staff members that leaves the future of Downton hanging in the balance. Written by series creator Julian Fellowes and starring the original cast, this grand cinematic experience will have you cheering for your favorite characters all over again.

Violet Crawley, The Dowager Countess of Grantham – The matriarch of the Crawley family, Violet is known for her unabashed and quick wit. She is always eager to share her advice and opinions. Her son is Robert Crawley.

Robert Crawley and Cora Crawley, The Early and Countess of Grantham – As patriarch of the family, Lord Grantham is proud of Downton and strives to uphold his traditional values. Robert and his American wife Cora are surprised and honored when they hear that the King and Queen will be visiting Downton. Robert and Cora are parents to Mary and Edith.

Lady Mary – As the eldest daughter of Robert and Cora and estate manager of Downton Abbey alongside Tom Branson, Mary prepares for the arrival of the Royal family at Downton. Behind the scenes, she is toiling with a big decision regarding the fate of Downton Abbey.

Lady Edith, The Marchioness of Hexha – Mary’s younger sister Edith is married to Herbert Pelham, 7th Marquess of Hexham. For Edith and Bertie, the royal visit brings conflict as well as honor.

Tom Branson – Tom Branson was once the Crawley’s chauffer, but since marrying Robert and Cora’s youngest daughter, Lady Sybil, he has become a respected and valued member of the family. Now, seven years after his wife’s death, what does the future hold for him?

Mr. Carson and Mrs. Hughes – As the previous butler at Downton, Charles Carson holds very high standards. In the wake of the news that the King and Queen will be visiting Downton, Lady Mary reaches out to the retired butler for help. His wife Mrs. Hughes is head housekeeper at Downton. Together they do what they can to make the royal visit a shining success.

John and Anna Bates – Mr. Bates is valet to Lord Grantham and Anna is lady’s maid to Lady Mary. They serve as loyal, trusted friends to the Crawleys. Since meeting at Downton, their relationship has endured many highs and lows. They now enjoy a harmonious family life with the addition of their son Johnnie.

Lady Bagshaw – Maud Bagshaw is not only a lady-in-waiting to the Queen, but also a cousin of the Crawley family. Her arrival at Downton reveals old disagreements and new intrigue.

You can purchase Downton Abbey The Movie on Amazon and from select retailers.