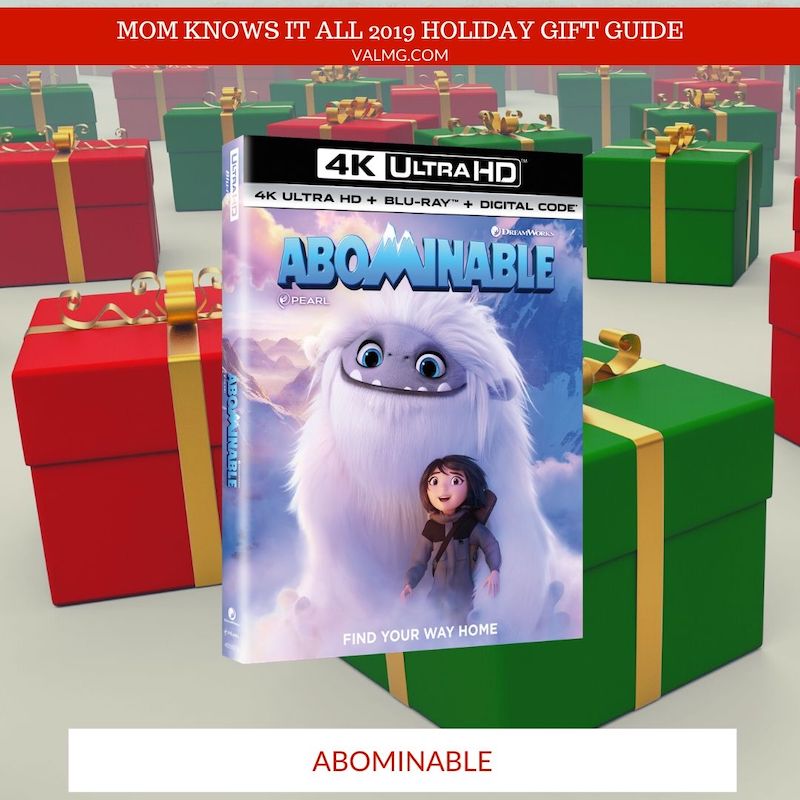 The holidays are a great time of year for family movies. Schools have a break, giving families more time to spend together without worrying about homework, after school activities and early bedtimes. Abdominable would be a great holiday gift for any one with a family, folks who enjoy animated movies, and folks who appreciate colorful movies that warm the heart. Abominable is a story about family, friendship and determination, all set against a beautiful backdrop featuring scenery of China. 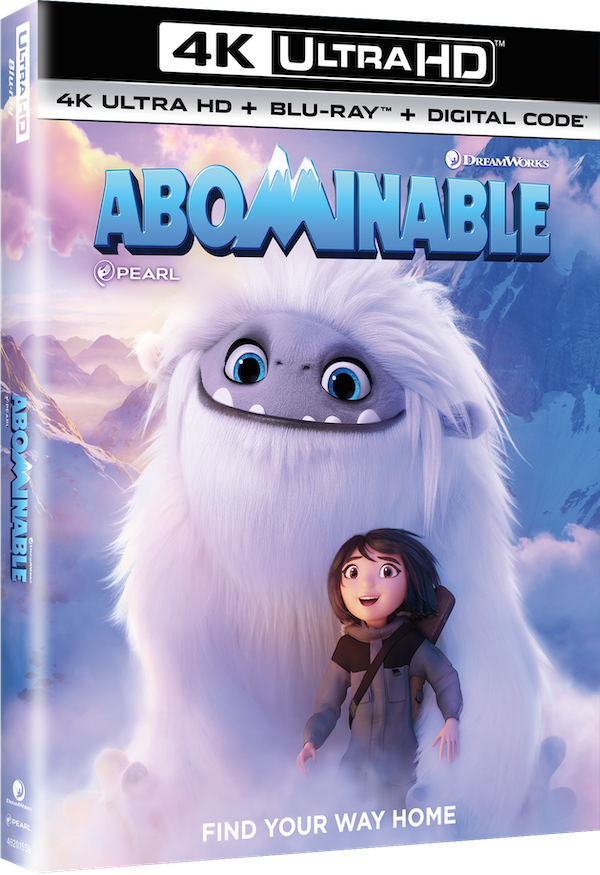 From the studio that brought you How to Train Your Dragon, this heartwarming and humorous story follows teenage Yi (Bennet) as she encounters a young Yeti on the roof of her apartment building in China, she and her mischievous friends, Jin (Trainor) and Peng (Tsai), name him “Everest” and embark on an epic quest to reunite the magical creature with his family at the highest point on Earth. But the trio of friends will have to stay one-step ahead of Burnish (Izzard), a wealthy man intent on capturing a Yeti, and zoologist Dr. Zara (Paulson) to help Everest get home. Heartwarming and a visual masterpiece, “ABOMINABLE is a movie for all ages with laughter and life lessons and a little bit of wonder thrown in” (Allison Rose, Flick Direct).

Everest is a 2000 lb Yeti who is the age-equivalent of a 9-year-old human boy. Although he doesn’t speak, it is always clear what he is thinking. He is curious and playful and like all kids he plays hard. His relationship with Yi is deep and forms the emotional core of the film.

Yi is spirited, independent, and driven, the kind of girl who leaps before she looks. Like all teens, she’s not sure where she belongs in the world. When she discovers Everest on the roof of her building, she immediately begins to protect and help him. Yi has an open and loving heart and makes it her mission to get Everest back home.

Peng is a fun loving, basketball – playing 9-year-old who is constantly trying to get Yi or his cousin Jin to play with him. He finds a kindred spirit in Everest and is instantly enthusiastic about adventure to help return his new yeti back home.

Jin is a popular and self-involved teenaged boy. He and Yi have grown up together, but they have developed different tastes and are no longer close. But when Yi needs his help getting Everest home, Jin rises to the occasion and is willing to endure even the loss of WiFi to help his friend.

• DREAMWORKS SHORT – MAROONED – Marooned, tells the story of a cantankerous and selfish robot named C-0R13. Stranded on an abandoned lunar outpost, C-0R13 longs to return to Earth. With a partially built ship and his last power source, this determined robot will stop at nothing to achieve his goal.

• SHOW AND TELL – Back home in the Himalayan Mountains, Everest puts on a magical show-and-tell for his fellow yetis after he receives a special care package from Yin, Jing and Peng.

• MAKING A MYTH (MOVIE) – In this entertaining ‘making of’ we learn from the filmmakers and stars how they brought the heartfelt and whimsical story of Abominable to life – from the use of magic, music and humor, to the themes of family and nature.

• ANIMATING ABOMINABLE – From production design to storyboarding and animating, the creative team behind Abominable will take us through the design and animation of the film.

• MEET THE CAST – This fun featurette introduces the audience to the cast of Abominable and the characters they play. Learn first-hand from the actors what their personal inspiration was for the role and how they went about performing the voicework.

• YOUR YETI CARE GUIDE – Chloe, Albert and Tenzing provide tips and tricks to caring for your newly adopted “Yeti”. In this case YETI stands for pet – dog, kitten and bird.

• COURAGE TO DREAM – This featurette explores the character Yi, the strong, independent and untraditional female lead at the center of Abominable. Actor Chloe Bennet and the filmmakers discuss what makes Yi special and why she is the ultimate role model for young girls and boys today!

• AN ABOMINABLE TOUR WITH CHLOE BENNET – Like her father before her, Yi dreams of travelling across China to see the many beautiful, natural and culturally significant locations featured in Abominable. Chloe Bennet, the voice of Yi, will take viewers on their own magical journey.

• EVEREST’S TALK BOX – Shooting on the DreamWorks Animation campus, we bring in some real kids to meet the man behind the voice of Everest, Joe Izzo, and the audio team from Abominable to learn about all the cool tech that went into Everest’s voice.

• HOW TO ABOMINABLE – Bring Everest, Yi and Nai Nai to life in your home with this How-to-Draw with a difference. Not only will we show you how to recreate your favorite characters from Abominable, but also how to magically bring them to life through a homemade Chinese style lantern!

• YOU CAN SPEAK YETI-ESE – Inspired by foreign language courses, viewers can learn how to speak Yeti-ese with these easy teaching guides hosted by Chloe Bennet.

• NAI NAI SAYS – Narrated by Nai Nai, Yi’s wise grandma gives us life lessons on how to be a strong, independent, modern woman.

ABOMINABLE is available on 4K Ultra HD, Blu-rayTM, DVD and Digital. You can purchase it on Amazon and from many retailers.