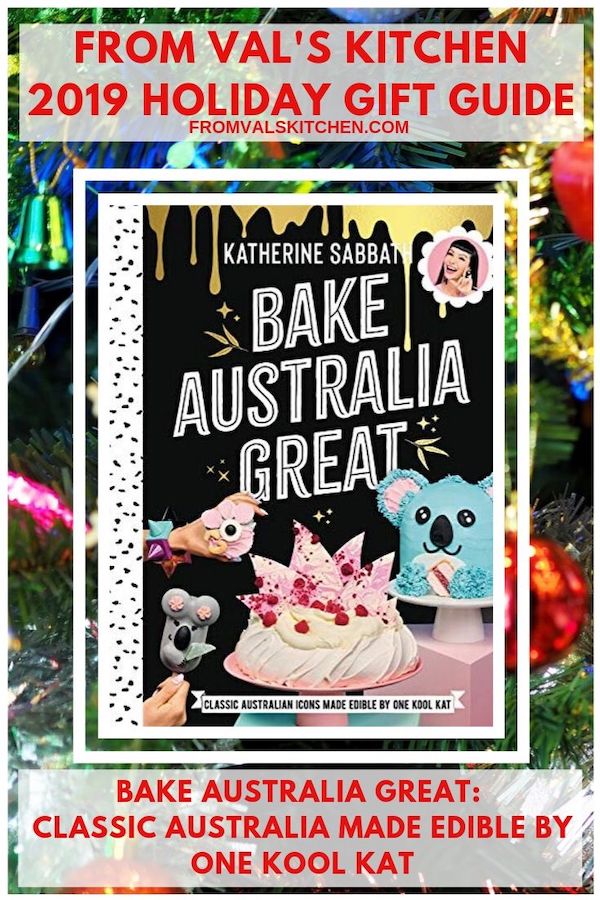 The product(s) featured in this post was provided free of cost to me. Please note that, as always, any personal opinions reflected in this post are my own and have not been influenced by the sponsor in any way. Some of the posts on this site, like this one, contain an affiliate link. Clicking on an affiliate link does not increase the cost of the product for you if you buy it. It does mean that I MAY make a SMALL commission if you purchase the item. Affiliate links are used in an attempt to offset the operational costs incurred by running this website.

I’ve never been to Australia. It’s been on my bucket list for years. The dessert creations in the cookbook Bake America Great all look so good, and so beautiful. If the recipes in this cookbook are classic Australian desserts then I really want to go there now. Some of the recipes in this cookbook are on the simpler side, some more complicated. The cookbook gives great instructions for every single one, making it possible for folks that enjoy baking to deliver creations that will wow their guests during the holiday season. The cookbook is a visual smorgasbord, containing drool-inducing imagery of finished creations. The Rainbow Serpent Cake I’ve shared below with permission of the publisher is just visually stunning, a real crowd pleaser at any function given it’s colorful appearance and it’s meaning.

The book’s chapter titles give hints to what lies inside – Go Ahead: Bake My Day, Easy As…., She’ll Be Right, Advanced Australian Fare, and Basics. 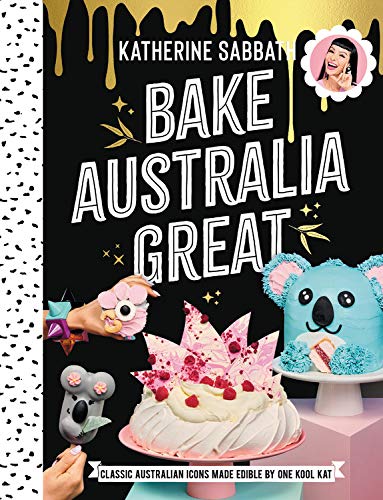 Tie on your apron, preheat your oven and grease your cake tins, because these creations will make you bake Australia the greatest way.
Australia has a rich culinary landscape, reflecting a wide selection of traditional foods and recipes, unique treats, much-loved cultural imports from many different lands, iconic sights and sites – and this cookbook is a celebration of them all.

Sydney cake queen Katherine Sabbath and her step-by-step sweet recipes are a triumph of her nation. With levelled chapters that will guide you through easy, medium and advanced pastries, your skills will grow page after page. Bake Australia Great is the perfect tool to surprise – and delight – your guests. Novices can experiment with Fairy Bread Cake, Opal Cookies and Toasty Anzac Slice while the more skilled have plenty of choices between Tim Tam Triple, Tropi-cool Party Cake and much more.

From small to huge, from cookies to layered glazed cake, it is the matching book for those cheerful bakers who don’t take themselves too seriously, love to have fun in the kitchen and then post a snap on social media.

Sydney cake queen Katherine Sabbath is one of the coolest creatives around, loved equally for her cutting-edge cake designs and quirky personal style. Kat is a high school teacher turned cake creative whose unique designs have featured in print internationally, online as well as on TV. She shares it all with her half a million Instagram followers, who hang on every sprinkle. Her fans are so devoted they have even been known to sport her cake designs as permanent tattoos. Kat’s first book, a self-published pop-up art book, Katherine Sabbath – Greatest Hits, has sold out its two print runs. Kat lives in Sydney with her husband, who doesn’t like cake, and her dog, who does.

Here’s a recipe for Rainbow Serpent Cake from the cookbook, excerpted with permission from the publisher. 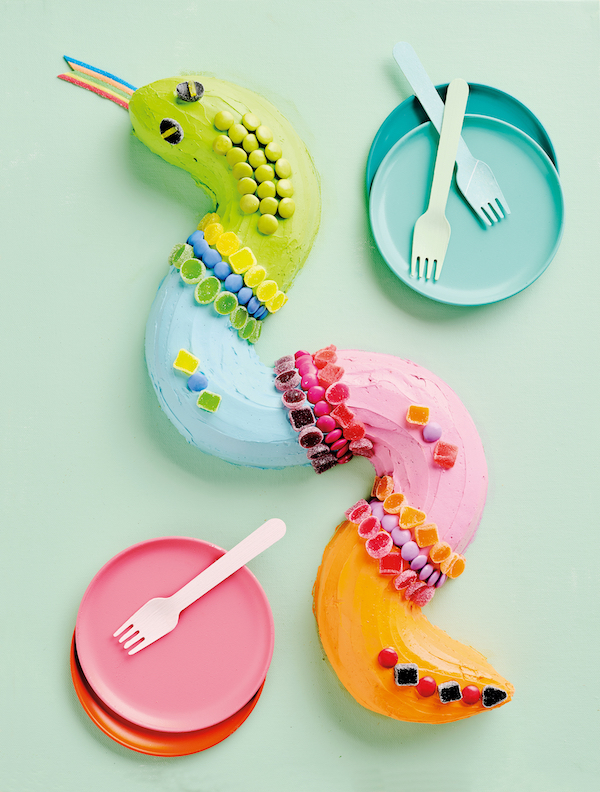 The Rainbow Serpent is one of the most well-known Dreamtime creation stories and holds great importance in Aboriginal society. When a rainbow appears in the sky, that’s the sign that the Rainbow Serpent is moving from one waterhole to another. This rainbow snake cake will bring joy to any gathering. Embedded with edible jewels and rainbow decoration, it is a truly dazzling sight.

2.Using an electric mixer, cream the butter, sugar and vanilla until light and fluffy. Add the eggs, one at a time, beating until combined. Add the salt.

3.Alternately fold in the flour and the milk, in one-third increments. Fold until just combined.

4.Divide the batter between the doughnut tins and smooth the surface with the back of a spoon or spatula. Bake for 20–25 minutes or until a skewer inserted into the centre of the cakes comes out clean. Cool in the tins for 15minutes, then gently turn out onto a wire rack to cool completely. Cover the cakes with a clean, damp tea towel to prevent them from drying out.

1.Put the sugar and egg whites in a heatproof glass bowl. Set the bowl over a pan of gently simmering water and whisk until the sugar has dissolved and the mixture is slightly warm to the touch. Remove from the heat.

2.Using an electric mixer fitted with the whisk attachment, beat on high speed until the mixture has formed stiff and glossy peaks (about 10–15 minutes).

3.Add the butter in three batches, beating until incorporated after each addition. Add the vanilla and beat until fluffy.

4.Divide the buttercream among four bowls and tint each portion until the desired shade is reached. Cover and set aside in a cool place.

1.Carefully slice each cake in half and position the pieces on an 80x 40 cm (32 x 16 inch) cake board to make a serpent shape, as shown. Use a little of the buttercream to securethe cake pieces to the board.

2.Use a knife to trim the head and tail of the snake, then brush away the excess crumbs.

3.Use an offset spatula to apply a different shade of buttercream to each cake section.

4.Decorate the serpent’s body with the halved jubesand the Smarties, using the picture as a guide.

5.Use sharp scissors or a knife to cut the sour strap into the shape of the serpent’s tongue and attach it to the cake.

6.Attach small strips of sour strap to two halved black jubes and place on the cake to create the eyes.

You can also use pasteurised egg whites from a carton to make Swiss meringue buttercream. You won’t need to whisk the sugar into the egg whites over a pan of simmering water –simply place the sugar and egg whites directly into the mixer.

You won’t need to use all of the jubes or Smarties, but the quantities I’ve suggested should ensure you have enough sweets of each colour to decorate the serpent as shown.

The cake is best served at room temperature. It can be refrigerated in an airtight container for up to 5 days.