5-Ingredient Cinnamon Apple Crumble pairs cinnamon and apple with a tasty topping. This treat is delicious as is or topped with whipped cream or ice cream. 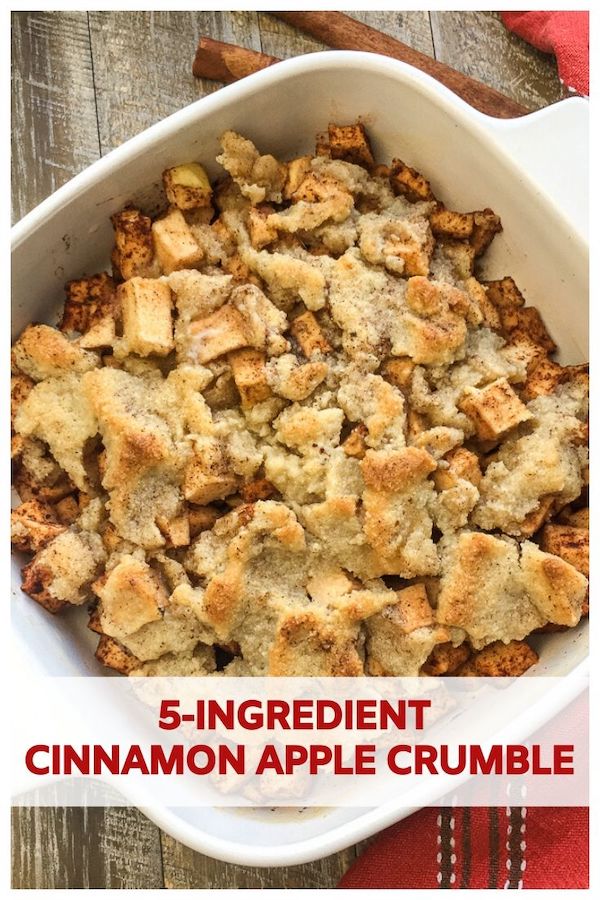 
I love the smell of apples. It’s one of my favorite smells, not just when it comes to things like air fresheners but particularly when it comes to baking.  Take the classic combination of cinnamon and apple and add a flavorful topping and you have an easy dessert that is perfect for cooler fall days. You can eat this sweet treat as is or you can top it with whipped cream or pair it with ice cream. Here’s how to make 5-Ingredient Cinnamon Apple Crumble. 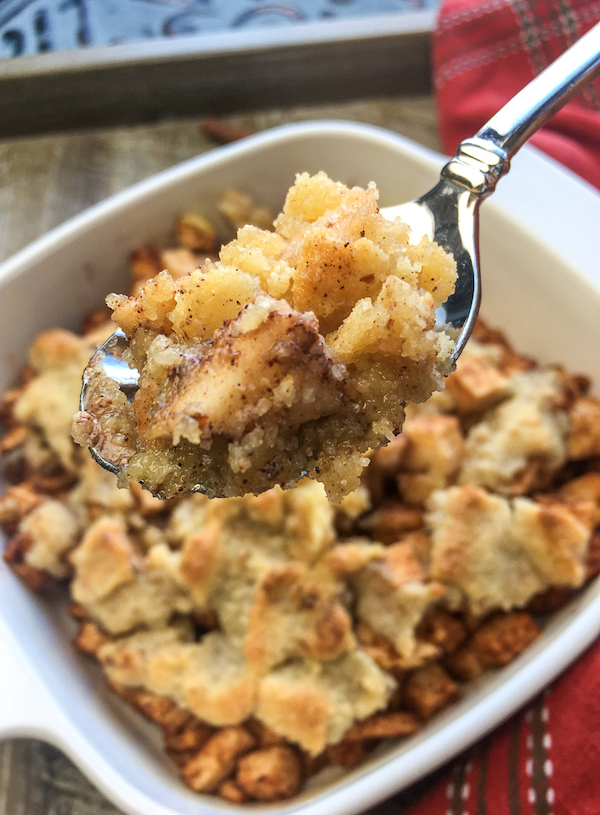 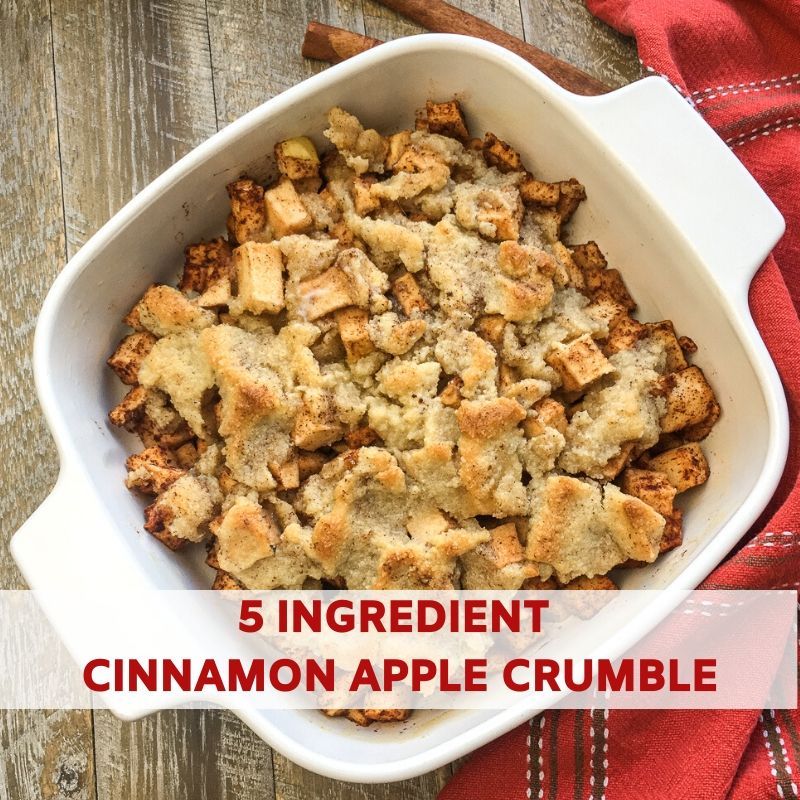 Lightly grease a small baking dish with a little butter and set aside.

Toss the apples with the cinnamon and a tablespoon of maple syrup and pour into the prepared baking dish.

Spread the apple mixture into an even layer and set aside.

Place the almond flour, melted butter, and remaining maple syrup into a small bowl. Stir to combine thoroughly, then evenly spread the mixture over the cinnamon apples.

Place the apple mixture into the oven and bake until the topping is golden brown and the apples are tender, approximately 25 – 30 minutes.

Remove from oven and cool for a couple minutes before serving. 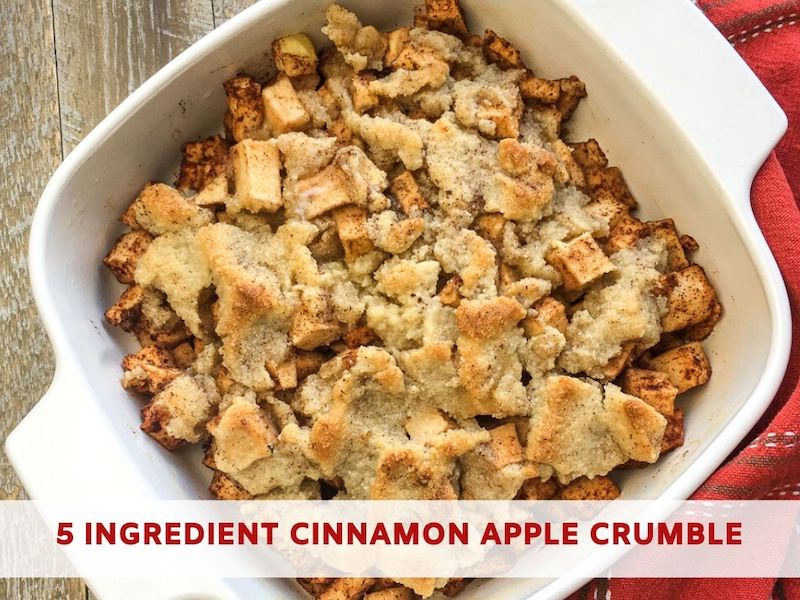 I'm a Jersey girl, I was born and raised here and have lived here for almost my entire life. I'm a mom of 2 boys – TJ, a 24 year old, and CJ, an 20 year old with Down Syndrome. I am also a social media enthusiast, cat person, and Down syndrome advocate. I love coffee, milkshakes, pasta and cheesecake. My favorite dessert is cheesecake. I love rock music, tech, travel and food. And cheesecake. I HATE the misuse of the word retarded. I take it personally and find it very offensive. Did I mention that I love cheesecake?

Preparing for #TacoTuesday? Check out this #Pressu