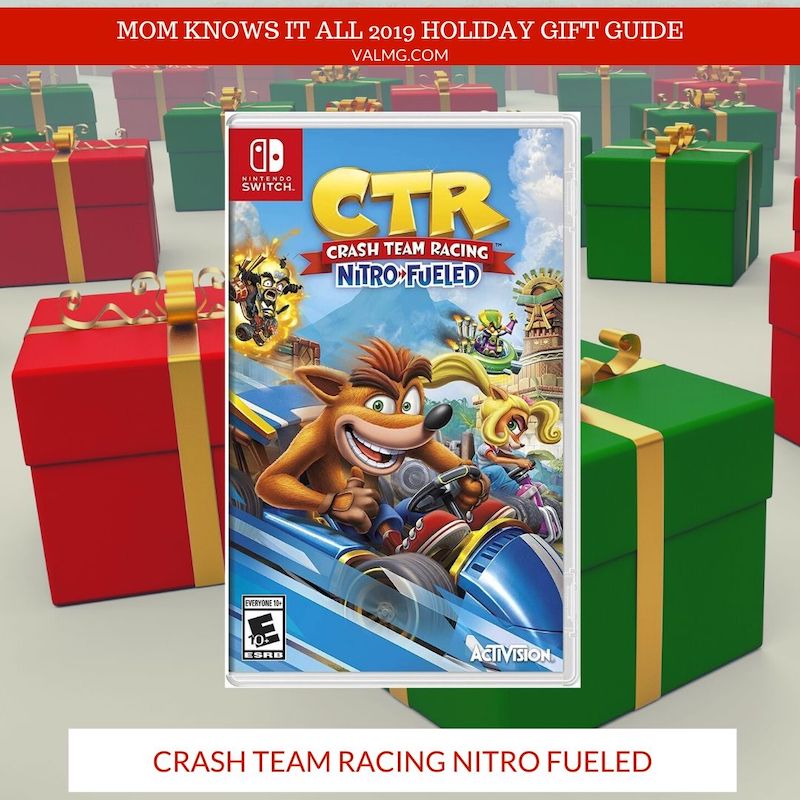 One of the games I really enjoyed back in the day, before the boys were born, before we moved into this house, was Crash Bandicoot. I was thrilled when the Crash Trilogy came out last year. This year there’s new reason to celebrate, there’s a new Crash Bandicoot game! It’s time to get fast and fur-ious with Crash Team Racing! Crash Team Racing has all of the colorful action you expect from Crash Bandicoot, plus the fun of racing. Crash Team Racing is a perfect holiday gift as it’s a game the whole family can enjoy. 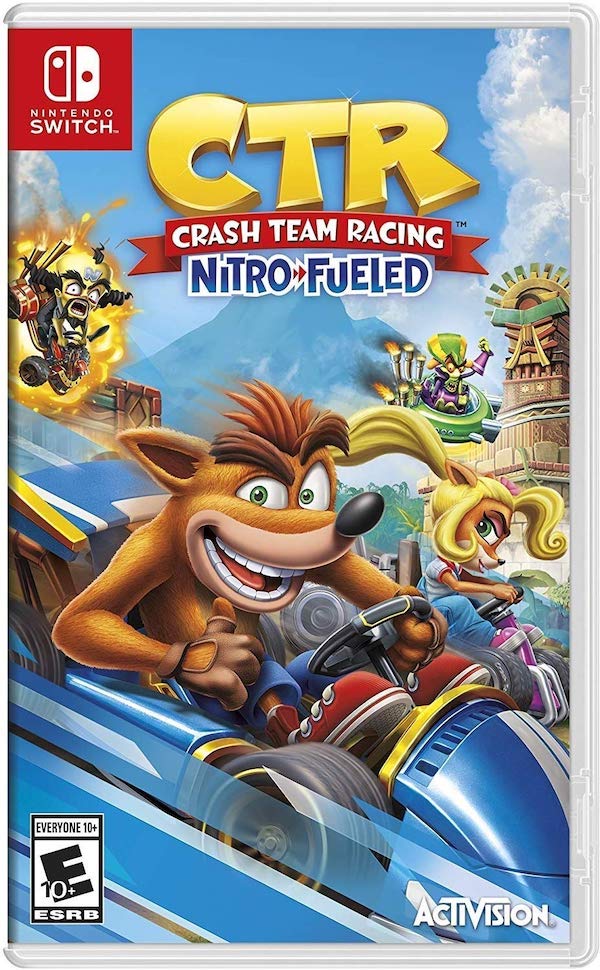 Crash is ready for fans to take him for a spin, as Crash™ Team Racing Nitro-Fueled is now available for the PlayStation® 4, PlayStation® 4 Pro, Nintendo Switch™, and the family of Xbox One devices from Microsoft, including the Xbox One X. 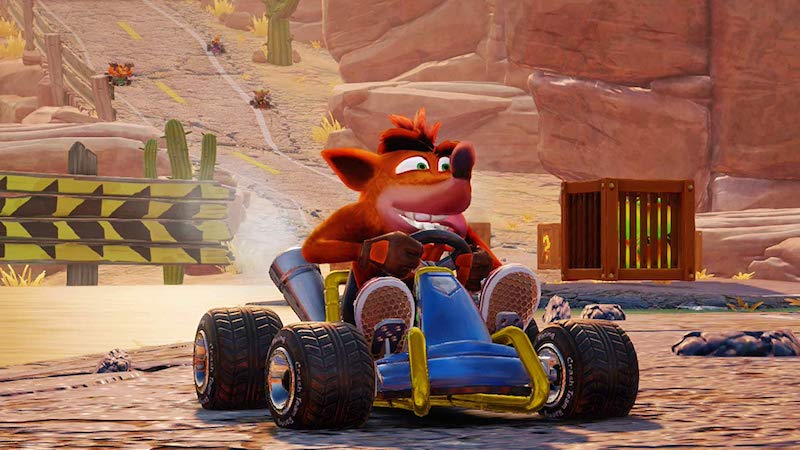 With Crash Team Racing Nitro-Fueled, the stakes are high and the competition is fierce. It’s the CTR you love, now kicked into the highest gear. Celebrating the 20th Anniversary of CTR, New Game Makes Victory Lap by Remastering the original CTR Experience and Fine-Tuning Crash Nitro Kart Content, Including Adding Customization for the First Time and more!

“The wait is finally over, and we couldn’t be more thrilled that Crash Team Racing Nitro-Fueled is ready for its inaugural ride,” said Thomas Wilson, Co-Studio Head at Beenox. “A lot of care and attention to detail went into developing this game for fans of the original Crash Team Racing 20 years ago, and new fans who expect a modern kart racing experience. Staying true to the original CTR games, while adding so much more content and creating a living, breathing world that just wasn’t possible on first generation platforms has been a true labor of love!” 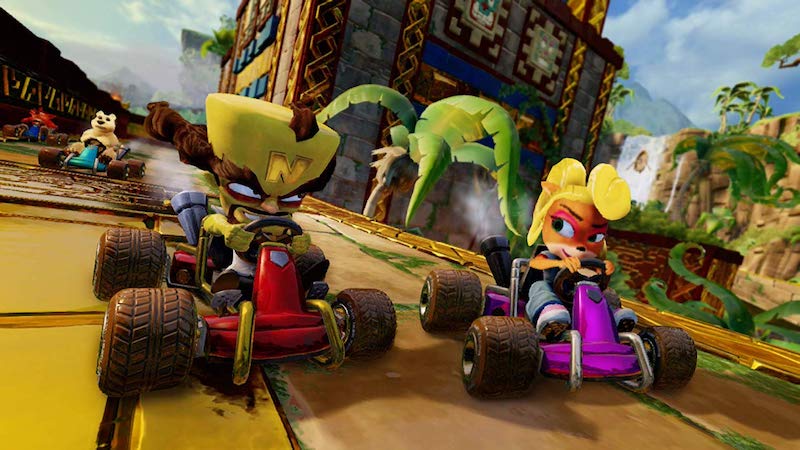 For the first time in 20 years, Crash Team Racing fans will have the opportunity to customize their karts and characters in Crash Team Racing Nitro-Fueled! The remastered game will offer players a variety of ways to mix and match kart bodies, wheels, paint jobs, stickers, and even add decals to karts. Now fans – both new and those who first fell in love with the ’90s classic — can create a sweet looking ride!

“When it comes to remastering the beloved IP in Activision’s portfolio of games, quality, authenticity, and community are the key pillars that drive everything we do,” said Michelle Fonseca, VP of Product Management and Marketing at Activision.

In addition to the ability to customize karts, Crash Team Racing Nitro-Fueled will also let players customize their racers with some N. sane character skins. This will allow players to adorn their characters with a zany sense of swag and personality. Also new to the CTR experience are unique podium animations available to certain skins, making celebrating victories even more amazing. Players can earn select customization items by playing through the Adventure Mode and additional items by collecting and using in-game Wumpa Coins when connected to the internet to swag out their kart and characters in the game’s Pit Stop area. What’s more, character stats, just as you remember, are returning and will include Beginner, Intermediate and Advanced classes.

There will be free downloadable seasonal content for anyone who has purchased the game, including a newly themed track each season, as well as themed characters, karts and other customization items that players can earn when connected to the internet. 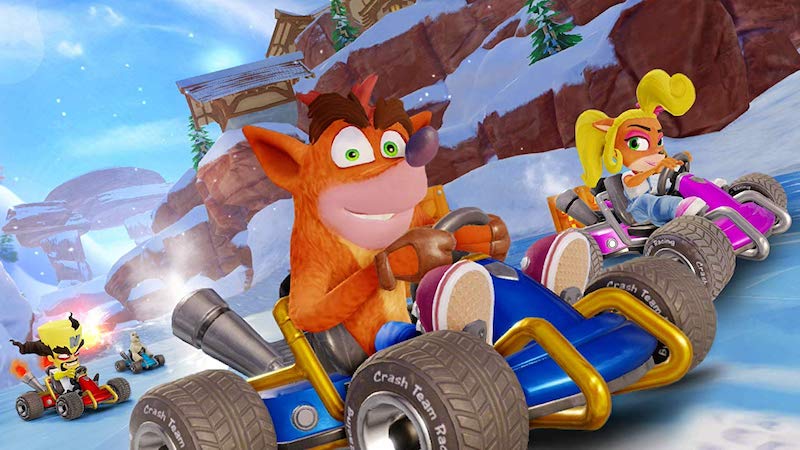 Developed by Beenox and Published by Activision, a wholly owned subsidiary of Activision Blizzard, Inc, Crash Team Racing Nitro-Fueled is built from the ground up and remasters the original Crash™ Team Racing game by bringing the characters, karts, tracks and arenas to modern console HD graphics. In the game, the stakes are high and the competition is fierce as players race with a variety of Crash Bandicoot™ series characters, including Crash, Coco, Dr. Neo Cortex and others against the egomaniacal Nitros Oxide to save our planet from destruction. In the game, fans will be able to see Crash and friends’ expressions and antics in beautiful fur-k detail as they blast each other with power-ups and whiz around the corners in all the tracks from the original CTR game, as well as reimagined tracks and karts from Crash™ Nitro Kart. What’s more, the legendary kart racer debuts competitive online gameplay just in time to celebrate its 20th anniversary.

Here’s the trailer for the game.

Check Out This Deal On Jack Link’s Beef Jerky At Walmart!