Pizzelles are one of my favorite sweet treats. We all have one or two things that we love to eat that we can’t get enough of. Pizzelles are one of those things for me. They are delicious as is and they’re also great to make ice cream sandwiches with by putting some ice cream in between two. The CucinaPro Pizzelle Nonstick Baker would be a great gift for anyone who enjoys entertaining family and friends, as well as folks who enjoy baking.

The product(s) featured in this post was provided free of cost to me. Please note that, as always, any personal opinions reflected in this post are my own and have not been influenced by the sponsor in any way. Some of the posts on this site, such as this one, contain an affiliate link. This means I MAY get paid a VERY SMALL commission if you purchase the product or service. 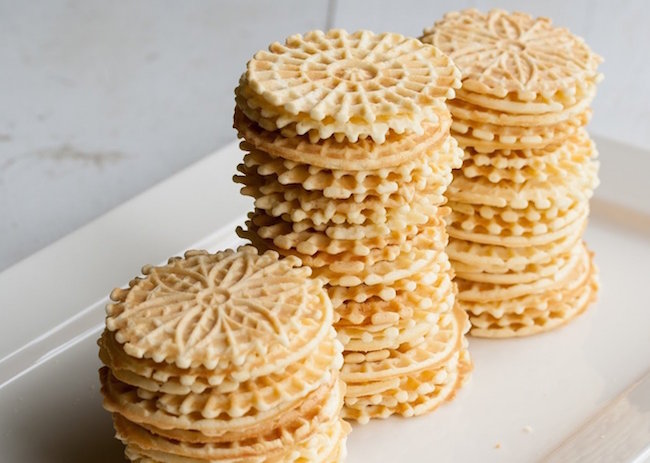 Pizzelle (pronounced with ts sound, like “pizza”) (singular pizzella) are traditional Italian waffle cookies made from flour, eggs, sugar, butter or vegetable oil, and flavoring (often vanilla, anise, or lemon zest). Pizzelle can be hard and crisp or soft and chewy depending on the ingredients and method of preparation. Pizzelle were originally made in Ortona, in the Abruzzo region of south-central Italy. The name comes from the Italian word for “round” and “flat” (pizze); this is also the meaning of the word pizza. Many other cultures have developed a pizzelle-type cookie as part of their culture (for example, the Norwegian Krumkake). It is known to be one of the oldest cookie. Pizzelle are known as ferratelle in the Lazio region of Italy. In Molise they may be called ferratelle, cancelle, or pizzelle. 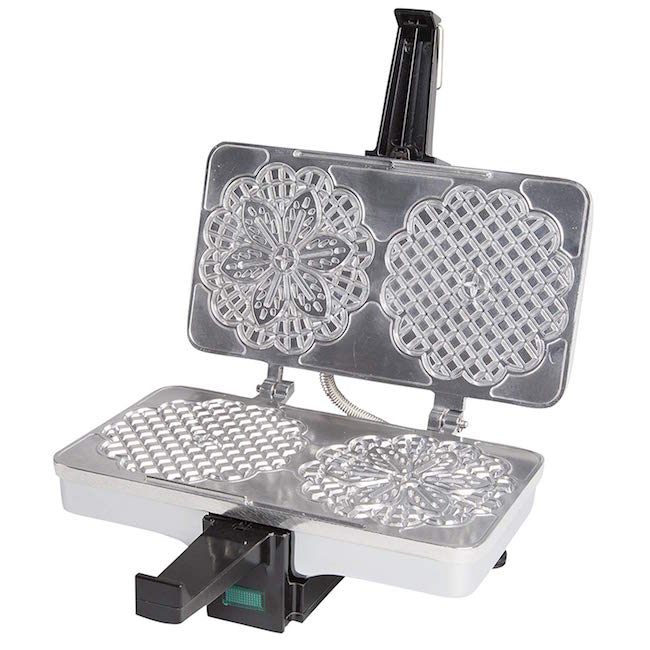 To make a pizzelle, the cookie dough or batter is put into a pizzelle iron. The iron stamps a snowflake pattern onto both sides of the thin golden-brown cookie, which has a crisp texture once it is cooled. Pizzelle are popular during Christmas and Easter. They are often found at Italian weddings, alongside other traditional pastries such as cannoli and traditional Italian cookies. It is also common for two pizzelle to be sandwiched with cannoli cream (ricotta blended with sugar) or hazelnut spread. Pizzelle, while still warm, can also be rolled using a wooden dowel to create cannoli shells. 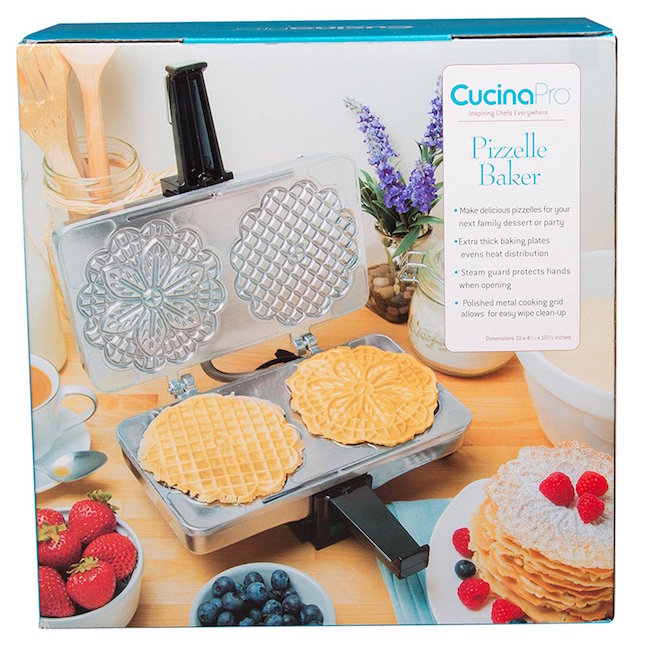 The CucinaPro Pizzelle Nonstick Baker is a perfect new way to cook dessert this holiday season! Perfect European-style pizzelles, crisp and sweet, release easily impressed with a decorative pattern from this nonstick electric cooker. This Pizzelle Baker makes two 5″ traditional European-style snowflake pizzelles that cook evenly on the extra-thick baking plates, then crisp up as they cool. It has extra thick heating plates that ensure even heat distribution. The nonstick cooking grids allow for easy release and quick cleanup, with BPA-free plastic handles and feet. Not surehow to make a pizzelle? No worries, there are recipes included! 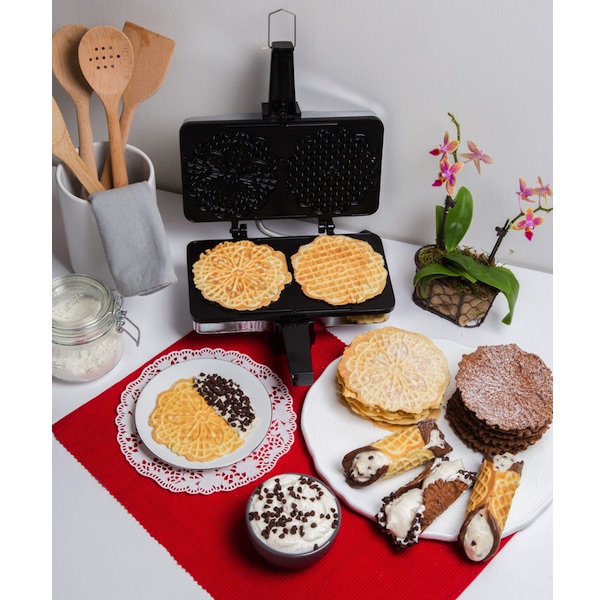 You can learn more about this product and others on the CucinaPro website. The CucinaPro Pizzelle Nonstick Baker is available for purchase on Amazon with a retail price of $49.99. The product has a one-year manufacturer’s warranty.