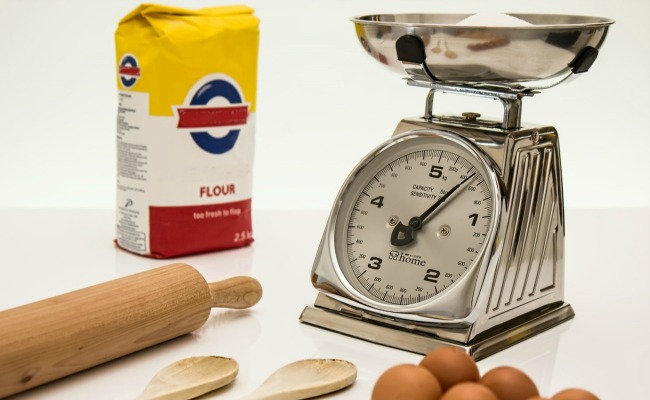 Cooking is a practice that’s handed down from generation to generation. Family recipes are born and holiday traditions are created surrounding signature dishes. It’s no surprise that many moms want to pass their knowledge down to their kids.

But where do you start? And how can you balance being efficient with your time while making kids part of the process? The answer lies in what you have stocked in your kitchen. You’ll want to start small and help them master the basics first. Here are a few things you can use to help introduce your children to cooking concepts.

An easy way to ease kids into cooking and build their interest is to introduce them to various extracts, syrups, and spices that give food flavor. Kids not only see and use these additives, but they can also taste them, which adds to the appeal. Adding these needed ingredients is also one of the simpler cooking tasks that can easily be handled by a young chef, giving them the chance to make a real contribution to the meal.

A great lesson in how these ingredients can elevate food is doing a before and after taste test. For example, you can pour two glasses of ginger ale or soda – a taste most every little one is familiar with. Leave one glass alone, but pour a little vanilla syrup into the other. Have your kid drink a little bit of the regular beverage first, then taste the drink with the vanilla syrup. It’s an effective way to show aspiring chefs what a difference a little added flavor can make.

Regular readers know that I love my Ninja 3-in-1 cooking system and all the accessories that go with it. Why? Because it’s a multitasking tool that can cook dishes many different ways. One of its uses is slow cooking.

Few meal preparation methods are as simple as using a slow cooker. It’s an easy way to ease the intimidation of cooking an entire meal since the equipment does most of the work for you all at once.

Pick a slow cooker recipe that involves just a few key ingredients. A great choice would be a pot roast with carrots and potatoes. First, let your kid season the roast. Next, put them in charge of washing and peeling the vegetables (but handle the cutting if they’re too young for a knife) while you sear the roast in a pan on the stove top. Finally, let your child add the pot roast, veggies and broth or soup mixture to the slow cooker. Show them how to set the temperature and timer on the slow cooker so they’re the one who actually pushes the buttons.

In about eight hours you’ll have a complete meal that your youngster helped cook. It’s an effective way to show kids cooking meals can be easy with the right tools.

One of the foundations of cooking is adding the right amount of each ingredient. The first step to mastering your measuring is becoming familiar with the tools that are involved.

Even those who are only five or six years old can quickly grasp the concept when you show them how measuring cups, spoons, and scales work. Also, explain what kinds of ingredients can be measured using a specific tool. You can make a game of it by giving them a measurement and asking them to select the correct spoon or add the correct amount to the scale.

This isn’t the first thing most people think about when it comes to cooking tools, but a fire extinguisher is a vital piece of kitchen equipment. Safety is always a top priority, and kitchen fires are much more common than many people realize. Nearly half of all home fires start in the kitchen.

In addition to teaching your kids best practices, like not leaving a hand towel near the stove top, it’s also important to show they where the fire extinguisher is located and how to use it. It’s also important to teach them when it’s time to get out and let the professionals handle the fire. Damage to the house is much easier to deal with than damage to the human body.

You can continue building off these basics by introducing a new tool or piece of equipment in each subsequent lesson. As they build their knowledge and confidence, allow your kid to take on new tasks to expand their cooking skillset.